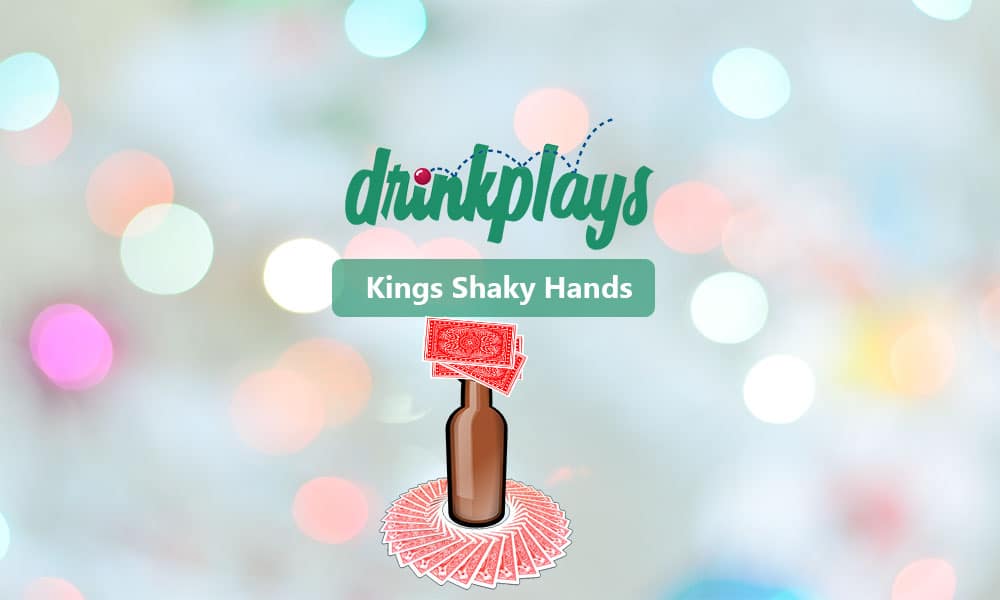 A twist on the kings drinking game with more drinking! Fun game that will test people’s control and accuracy with a high drinking factor.

If someone hits the table or in any way knocks the cards off the empty beer bottle they will have to finish their drink.


(Same rules for all suites, we just used Hearts for illustration purposes)


(Same rules for all suites, we just used Hearts for illustration purposes)