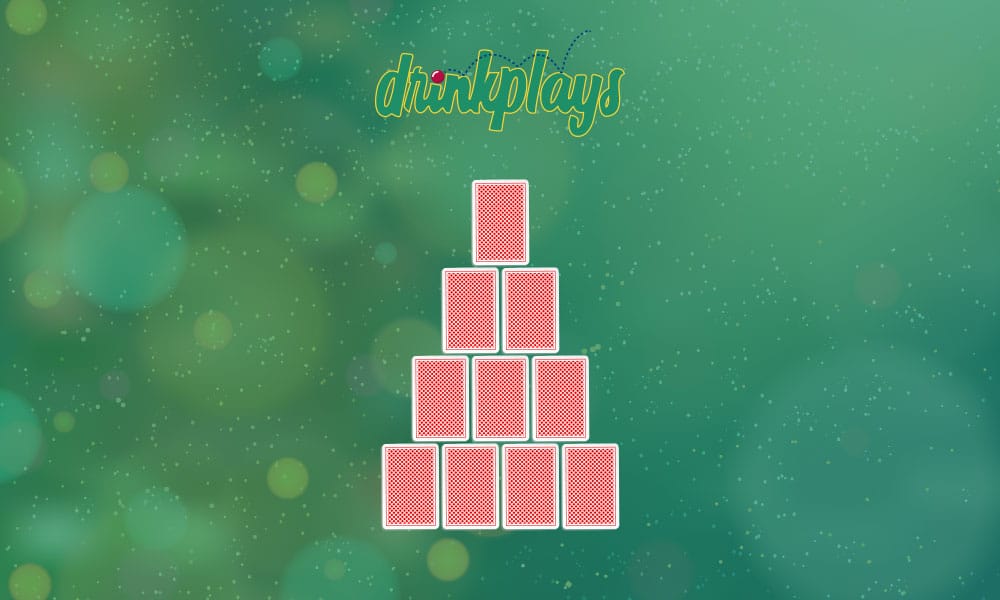 The Egyptians built some of the most amazing wonders in the world: the pyramids. Today we're going to do the same but on a simpler level with lots of drinking. Grab a deck of cards and some friends this game is lots of fun and keeps people guessing...

Beeramid (rhymes with pyramid, go figga) is a game that involves a tremendous amount of drinking.

A Beeramid (pyramid) of cards is constructed by placing a certain number of cards face down in a row (usually five depending on the number of people) as the base and building up with each level having one less card until there is one card as the top of the Beeramid. The remaining cards are distributed as evenly as possible among the players and kept hidden from other players. Before the game begins every player is allowed to look over their own cards and organize them any way they like, afterward the cards are kept face down in a horizontal line in front of the player and they are not allowed to look at them again once the game begins. Allow some time for players to set this up before starting the game.

For the beeramid we recommend:

Once a row of the Beeramid is completed, the first card on the next row is drawn, and every card now has the same value as its row. Each person with a card on the second row can give two drinks, on the third row three drinks, all the way up to the fifth (or the last) row. All bullshit calls double the value of the row, of course, making them risky propositions as time goes on.

If someone has more than one of a card (say a five is drawn and someone has two fives in their face down cards) they can give both fives to the same person or split them up. They need to show both cards if bullshit is called.

In the fifth row (or last row), if people are taking honest drinks, a bullshit call should result in about a full beer consumption by somebody. For this purpose, we usually buy a bottle or two of a heinous-tasting beer (your choice) to serve as the “Penalty Beer”. Anyone losing a bullshit challenge on the final row must finish the Penalty Beer without taking it away from their lips…

This game has a surprisingly high intoxication factor, especially if played with more than five levels.