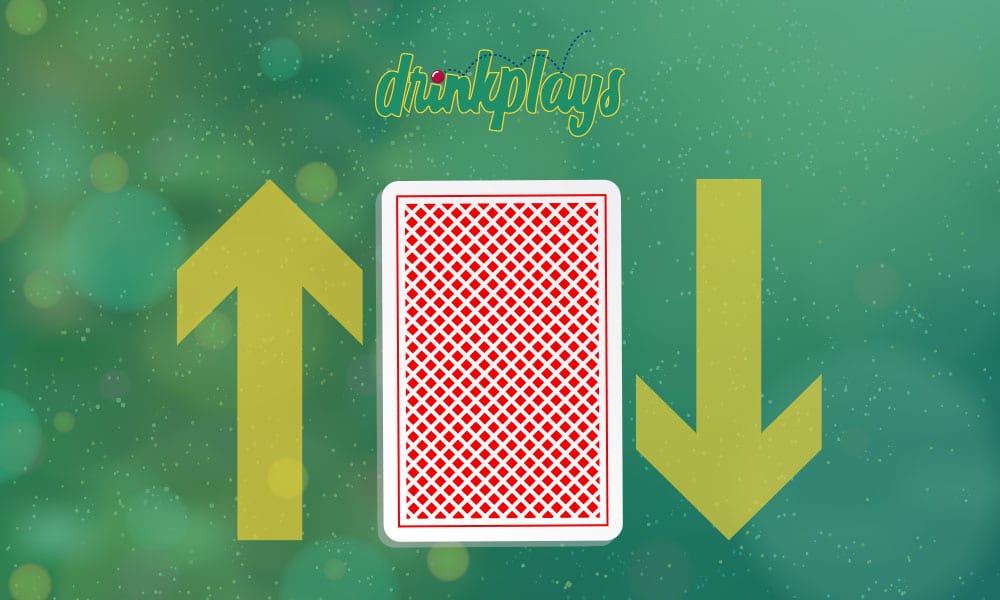 An adult take on the high low game. Fun to play with friends or at a party...

Player one is dealt a card. S/he then guesses whether the next card will be higher or lower than the card they were just dealt. If wrong, s/he drinks once (because one card was showing). If correct, s/he guesses again. After taking at least three cards, the player may choose to continue or pass, BUT ONLY after having taken at least three cards. If the player says pass, the next player starts where the previous left off.

When a player guesses incorrectly, s/he drinks for each card showing. SO, the strategy is to build up a lot of cards and then pass it to the next player.

Before play starts, determine by vote if equal cards are a loss or correct guess.

Next: view other drinking card games