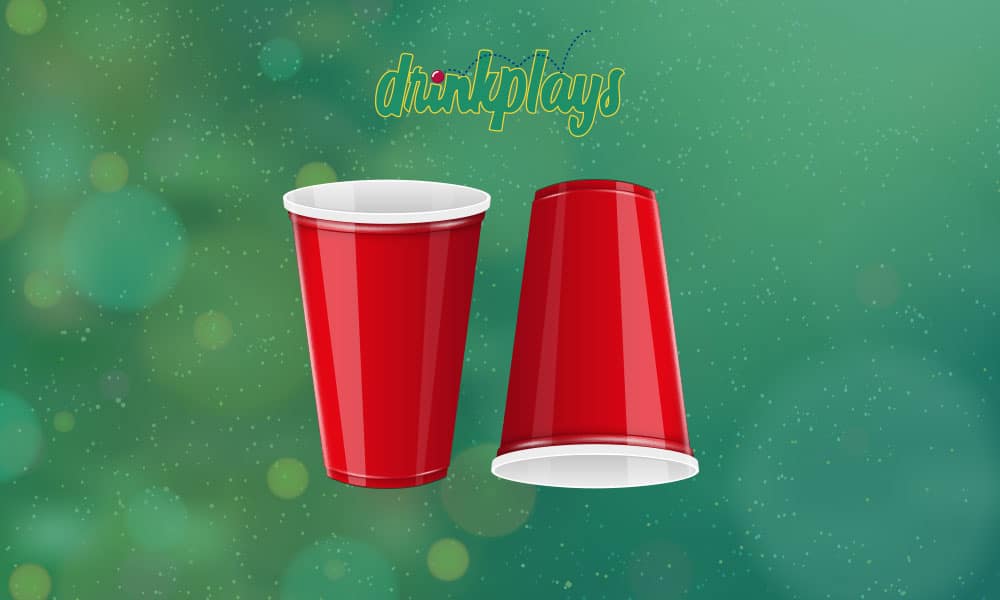 Very fun game for parties that involves challenging other players and quick drinking for everyone involved. Test your drinking and cup flipping skills to become the champions...

Flip cup is a race game. Teams are made of 4 or 5 people and each person gets half a cup of beer, or two shots of liquor (in the red plastic party cup).

There are two teams and players stand with their team on one side of the table and their contestants on the other side. The game begins with a countdown and the first two contestants must finish their drink and flip the cup by putting it at the edge of the table and using their fingers to get it to flip face down.

Once you have successfully flipped the cup, your teammate can now start drinking and flip their cup. The first team to flip the last cup wins the game.

Instead of one cup, every person but the anchors now gets two cups. The game begins the same way, however, the person at the end of the table is now the anchor for their team. The anchors for each team get double the beverage in their cup (to make up for the two cups), but only have one cup each. The game begins the same way but once the anchor finishes flipping his/her cup the game does not end, the person before them now drinks the second cup and flips it over face down, and the next player goes and does the same. The game ends with the first team to flip all their cups face down.