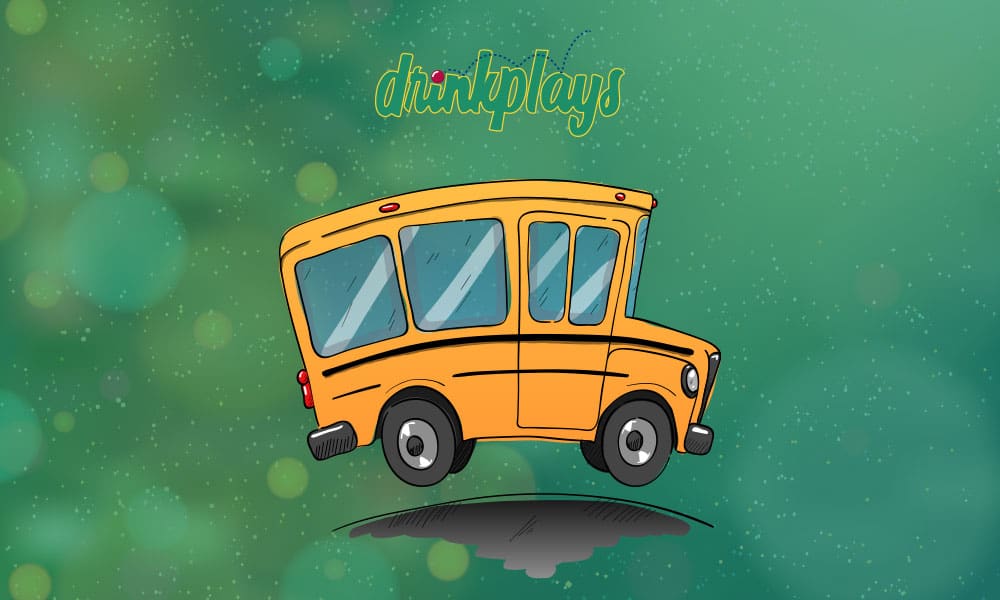 You thought public transit was bad, wait until you get on this bus ride. Fun guessing game with a high drinking factor that can be played with just a deck of cards. This bus driver is DRUNK...

The game begins with cards being dealt and players are not allowed to look at their cards yet. The dealer hands out one card at a time to each player until everyone has a total of 4 cards each. Before they are allowed to see the cards, each player has to guess certain things. With every correct answer the player can give out drinks to others, but with every wrong answer they must drink themselves.

1st round (1 sip)Before the first card is flipped over every player has to answer whether the color will be “black or red” then flip over their first card. If they guess right then they give out one sip to another player, if wrong they take a drink.

For example, if you flipped over a 7 for the first round you must now guess whether the next card flipped over will be higher or lower than 7.

3rd Round (3 sips)Inside or outside – after each player has two cards flipped over they must now guess if the value of their third card will be inside or outside of their first two cards. If the player gets a card that has the same value as either of their first two cards then it is counted as inside. They get to give out three sips if they guessed correctly, take three sips if they guessed wrong.

Determining who will be the bus driverAfter everyone has four cards flipped over we will determine who will be the bus driver. Begin by placing two rows of cards face down with four cards in each row and determine which row will be for taking drinks and which will be for giving out drinks. Now flip over one card at a time from the right side beginning with either the take or give row, after two cards are flipped over from both rows move to the next cards. Players must drop their cards if they match a card being flipped over from the row. The goal of this part is to get rid of as many cards as possible. The first two cards from each row are a sip each, the second two cards from each row are two sips each, and so on… After all the cards in the rows are flipped over whoever has the most cards left is the bus driver.