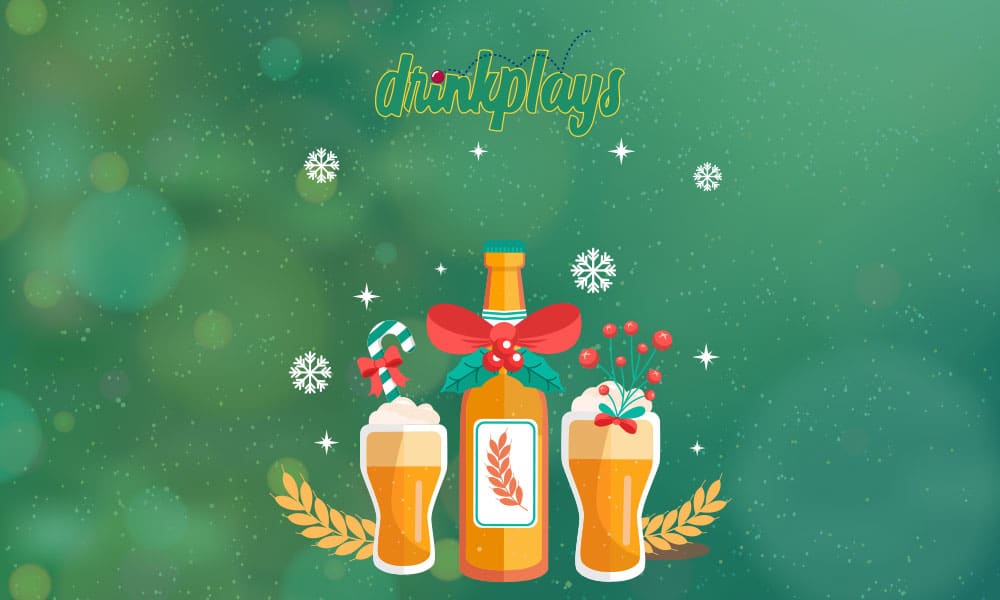 Bring holiday cheer to your gathering with these fun Christmas drinking games that are sure to entertain!

We usually spend Christmas with our loved ones because we look forward to the good times all year round! Another big reason is that we can get drunk early in the morning. It doesn't matter whether it's with grandma on the couch or with your best friend at the breakfast table. Alcohol is flowing always and everywhere.

After all, a special holiday like this has to be celebrated! We've got your back and are sharing some of the best drinking games for Christmas. Spread some holiday cheer and get grandma or other loved ones involved!

Simple and easy to play, all you need is a Santa hat and a TV. Put the Santa hat on the corner of the TV and anytime someone on the TV looks like they're wearing the hat you drink. Recommend throwing on a Christmas movie for this game.

I Decorate my Christmas Tree

All I Want for Christmas is You

Christmas carols are important on Christmas eve and with this game, we created a drinking angle to get everyone involved!

The rules for the Christmas Choir Drinking Game are as follows:

Who's going to end up under the Christmas tree? With this Christmas drinking game, there isn't any bias! A variation of our popular Ring of Fire Drinking Game, this drinking card game is sure to provide a ton of entertainment.

Begin by shuffling the deck of cards and placing them face down into a closed circle with everyone sitting down in a circle around these cards. Each player takes a turn drawing a card and must follow the instructions associated with that card before the next player draws a card: