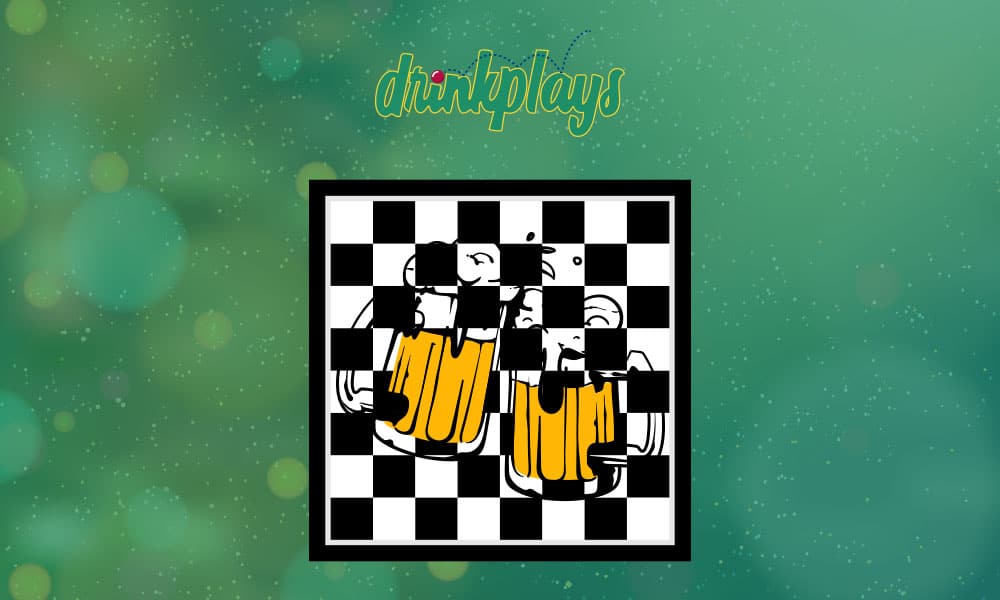 Beer and chess together in a game, who would've thought of such a concoction? We did. This game is sure to challenge your chess skills while making all the players drink lots. Great for wasting lots of time and keeping the drinks going...

Beer chess is played with beer, a lot of beer. One side uses Light Beer (white), the other side uses regular (black) of the same brands. (see
list below) Our research and development team has concluded that one can expect a standard Beer Chess game to last up to five hours, assuming neither player passes out. Intermissions, however, may be declared on a bilateral basis.

As you may have realized, this game requires a big board. While beer chess boards are now commonplace in Jackman, in other places their availability is still limited. Again, our R+D team has arrived at a clever solution: bathroom tiles-large white bathroom tiles.

Placed on a darker table at regular intervals, one can quickly construct a professional-looking Beer Chess set. For an even cheaper board, cardboard coasters, available at most bars, serve as impromptu, portable boards.