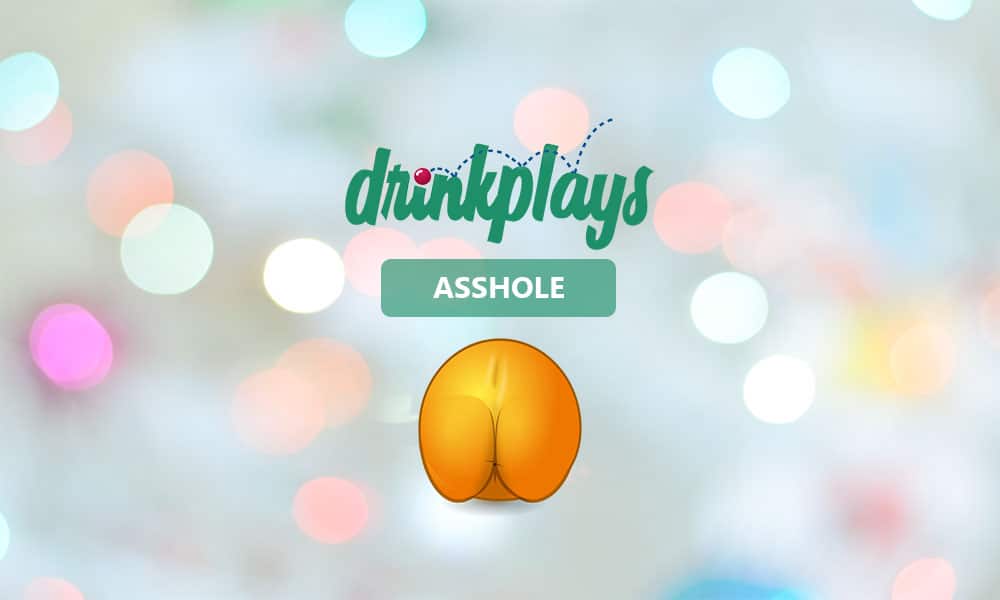 Another fun drinking game where the asshole gets punished for being an asshole. Very fun game to play in parties or with your friends.

The game begins with deciding who the President, Vice President, Normal People, and Asshole are for the next round.

Begin by dealing 6 or 7 cards to each player, you can deal more or less depending on how many people are playing. The cards are ranked according to the following (most powerful to least powerful):

One person goes first by playing any card, then the next person has two options:

The roles are as follows:

President:
Can give out drinks to anyone at any time. Nobody can make the president drink but the President. President gets to start each round and should never have to refill their own drink.
Vice President:
Similar to President, can give out drinks to anyone at any time (except for the President). Only the president or the vice president can make the Vice President drink. The vice president is second each round (after the president).
Normal People:
Normal people can make each other drink and the Asshole. They play in turn according to the order they finished in the previous round. First normal out after the Vice President is third to act, second normal out is fourth to act, etc.
Asshole:
This player is truly the Asshole. They must deal the cards, sweep the cards after a hand, and can’t make anyone drink. Asshole plays last in each round.

A few recommendations, at the end of each round, the players should move seats in order to reflect the hierachy, and proper playing order. Play your lowest cards first. Abuse the power when Pres or VP, but remember it will always come back to haunt you, especially when abusing the Asshole.

Some Tips: At the end of each round all players should move seats to reflect the order in which they will act (president, vice president, first normal, second normal, etc). You should try to play your lowest cards first, and abuse your powers if you are President or Vice President, but remember not to make too many enemies as it will come back to bite you in the ass.

You may play as many rounds as you like!